Eleven-year-old Cass Stipley has two important goals this term. One of them is becoming best friends with Phoebe Twist – the most popular girl in 6thgrade. Beating Beni Porter, the class cheat, runs a close second.  But Beni is not only a cheat- he’s mean as well. He picks on Fran, just because she’s new.  Jai is  Cass’s oldest friend and he thinks Cass should just ignore Beni. Taking matters into their own hands,  she and Phoebe unite to protect Fran and defeat the unlikeable Beni.

Then things start to go missing in the close-knit community of Carringbrook and Cass realises that catching a thief is even more important than winning handball. The stakes are raised when Fran and her mum Maggie are blamed for the thefts.

Convinced of their innocence, Cass devises a daring plan to catch the thief.  Carrying out the plan though, means breaking a few school rules …

When Cass’s plan goes disastrously wrong, she uncovers lies, prejudices, and secrets, but ultimately the truth.

Told from the voices, hearts and minds of Cass and her friends, The Carringbrook Theif is a heartwarming story for the middle grades about how friendship, love and laughter can help all of us manage trauma and develop resilience in the face of the adversity of parental mental illness and domestic violence.

The Carringbrook Theif  is the first of Jude Tynan‘s books for Shooting Star and will be released in early 2020. 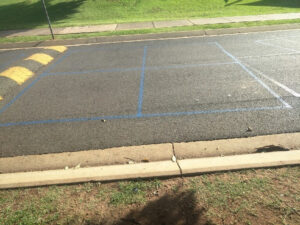 Hey, you know Master Wu had a cut & blow dry yesterday? He made his feelings known in the park this morning. 😂

Here we go! Our first NAIDOC Week Cover release - the incredible Gorgy and the Hollow Log, written by Aunty Wendy Dempster and illustrated by Bec McGuinness. This is first in the Gorgy Series, seven stories from Wiradjuri Country.

And here we go - 9 Questions with the always amazing @loretta_barnard
https://www.shootingstar.pub/9-questions-for-loretta-barnard/

Meanwhile, on TikTok...
http://JoeBiden.com/call
There is literally no time to waste. Sign up and make calls to #GOTV for #bidenharris today!