The Library is destroyed.

The worst has come to pass. The monstrous sorcereress Bernadette has revealed her final plan. Apophis, the god of chaos. destroyer of the sun, is coming. Lark’s oldest friend is dead and his allies in ruin. These are truly the end days.

They say the cornered rat is at its’ most dangerous. Bettina, his muscle, now favoured by the lion deity, grows stronger, and wilder, every day. Scarlet has taken command of the few raged magicians and sorcerers as she can, but can Lark trust her?

And out there somewhere, driven to madness, Jon the Hollow, in service to darkest forces, more lethal than ever. And out for Lark’s blood.

But there’s a secret place, a City beneath the City, beneath their City, that holds the final answer Lark needs to defeat the ghosts of his past and the horror that’s coming.

This is so true! We hate writing rejections!

You know what doesn’t get easier? Sending out rejections.

Please, writers, know that when you get a rejection it’s not YOU that an agent is passing on, it’s the manuscript. And this is such a subjective business. What’s not right for an agent can depend upon so many things. 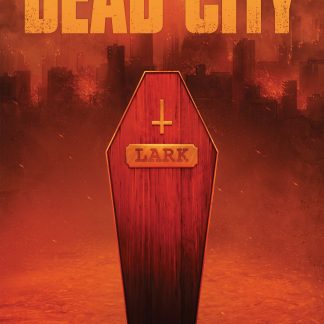