Dr Gillian Polack is a writer, editor, scholar and teacher. Two of her novels (Ms Cellophane/Life through Cellophane and The Wizardry of Jewish Women) and her 2016 research monograph were shortlisted for awards. She has edited two anthologies (one of which, Baggage, was also shortlisted for an award). While seventeen of her short stories have bene published, this is her first collection.  One of her stories won an award and four others were listed as recommended reading on international years’ best lists. Gillian was awarded the Best Achievement Ditmar in 2010.

Gillian has taught writing, history and cultural awareness/understanding at the ANU, at various Writers’ Centres and to members of other professional writers’ organisations.

She has a PhD in Creative Writing, one in Medieval History and an array of academic publications.Until recently, she researched how writers think of history and how they use it in their fiction, and now she’s working on how other aspects of culture are encoded into novels.

She has received two writing fellowships at Varuna, several arts grants, and is in demand at SF conventions because she brings chocolate and because of her food history passion. She is one of only two Australian members of Book View Café and is also a member of The History Girls. She currently lives in Canberra, Australia, which explains everything.

Some of the places she can be found:

Gillian’s books with Shooting Star include Mountains of the Mind which is available.

Her first 2020 Shooting Star release will be Poison and Light in late February 2020. 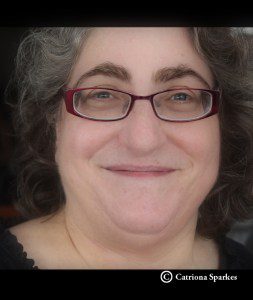 There are still tickets available. Join us!

Support my 30km challenge in One Foot Forward to help Australians impacted by mental illness and suicide. https://www.onefootforward.org.au/s/106518/118686/t

There are still tickets available. Join us!

Support my 30km challenge in One Foot Forward to help Australians impacted by mental illness and suicide. https://www.onefootforward.org.au/s/106518/118686/t