Tracey grew up in the regional city of Launceston in Tasmania, the beautiful island state in Southern Australia. After graduating from university, she started a very rewarding teaching career, which has spanned thirty-two years. She has been married to her husband, Greg, for twenty-six years and is the mother of two adult children, Ellen and Patrick. While living in Hobart, she was a founding member of a writing group called the Aphorism Club. The writers published an anthology of their work in 1999. The group and the work they explored during those years remains an important part of her development as a fiction writer. In 2005, Tracey completed a master’s in creative writing at the University of Canberra. Both her teaching and writing are influenced by an appreciation of what motivates human behaviour, what maintains equilibrium, and how we cope with the disturbances that threaten that balance. Tracey predominantly writes adult fiction that reflects on ordinary people responding to extraordinary events. In 2015, Tracey and Greg moved from Canberra to the south coast of New South Wales. The milder weather and beautiful beach environment have been most conducive to fulfilling a life’s ambition to publish further work. Tracey’s debut novel What Remains and its follow up, Wither will be published by Shooting Star in 2019. 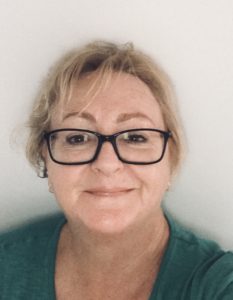 The mammoth US unemployment claims in their historical context.

Woohoo! The fabulous new release from Gillian Polack is now available in ebook format! Poison & Light can be found on Smashwords in all the formats you need for Kindle, iPad and the rest of the gang. It'll be on Amazon soon!
https://www.smashwords.com/books/view/1012689

Bluey's nominated for an International Emmy Award tonight @iemmys 🦴🤞 I’m so happy for the team. Thanks so much for all your support on here💙